Digital creative: The next frontier

Fourth in a five-part series on social media marketing for startups. The previous part explores how to create winning social content and ads.

So much has changed in the past 15 years that it’s hard to even think about how things used to be.

Only with time will we see how society, culture, communications, consumer behaviour, preferences and attention spans have changed more in a short period of time than ever before. Not only have each of these things changed, but they’ve all changed at the same time, creating a hectic wake our brains are not well-equipped to handle.

It wasn’t long ago that most of our information and entertainment came from television. The modern family’s non-working time was centred around the television — two-thirds of it shows and one-third advertisements. This created a captive audience advertisers could rely upon and predict. Brands could show videos ads with high frequency to an audience that wasn’t likely to move its attention away from the TV screen. This captivity held for decades and decades, and spoiled advertisers with long attention spans, lazy viewership and, really, the opportunity to tell stories to consumers into a hypnotic brand awareness, leading to brand affinity as consumerism grew.

Once the Internet arrived, everything changed, as our options for getting information expanded. Over time, our consumer behaviour in terms of how we consume content changed. Our attention spans got shorter, we weren’t reliant on brands for content (as we have access to so much), and we were willing to give brands less time to determine whether they had something for us.

Understanding this shift in consumer behaviour is the key to becoming a great digital marketer.

To create powerful digital ads and digital content, you need to fully understand and accept how the digital consumer consumes content.

YouTube ads are short — not 30 seconds like on TV — and the user has the option to skip after the first five seconds expire.

At the beginning, advertisers only took advantage of YouTube’s targeting and ran their TV ads in the pre-roll, hoping a certain percentage of viewers would watch until the end. This wasn’t a successful strategy.

Clearly the first five seconds of the ad needed to be treated differently than the rest of it.

Some advertisers understood this and made sure the first five seconds got the point across to all viewers, not just the ones who didn’t skip the ad. They did this by putting the branding at the beginning (instead of the end), using visuals to tell a story and ensuring the main message was brief and up front. Often, they were still hoping the user didn’t skip the rest of the ad, but they were at least recognizing the value of the first five seconds.

Today the sharpest YouTube video advertisers are creating five-second content, not hoping to retain users beyond the five-second point. This is the way of the digital future. The best advertisers will be able to change hearts and minds in very short bursts.

Example: Check out this Under Armour 2016 ad.

Think print and billboards, not TV

Scrolling on mobile is a lot like reading a magazine in a doctor’s office waiting room. For the most part, you’re skimming pages, and you only stop and devote your attention if something catches your eye and engages your curiosity.

Scrolling through hundreds of feet of social feed is the same. Your thumb never stops scrolling in your quest to find something interesting to focus on. If we see compelling content, we slightly slow our scroll rate to determine whether it’s worth stopping. Only then do we begin the process of engaging with the content.

However, if it doesn’t catch our attention and we pass it by, chances are we won’t be coming back.

Digital ads are like billboards on the highway. Audiences are the opposite of captive, and they’re zipping by every day. Your job is to capture their attention. 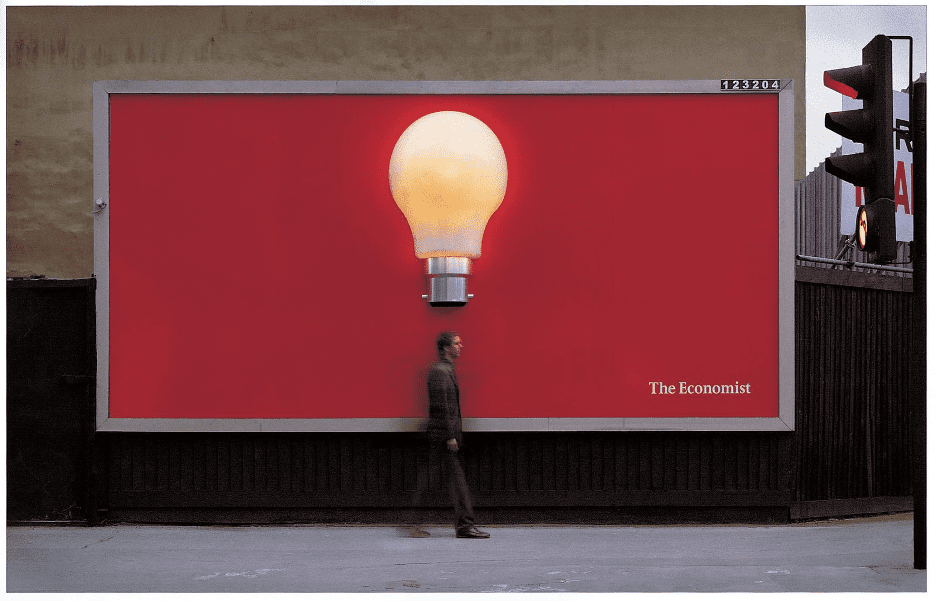 Some contexts support long-form and others don’t.

I think the best way to think about it relates to the user journey. The further along in their user journey, the more a consumer will be willing to engage with long-form content. Long-form content is not good for a first touch or an audience that isn’t aware of the brand yet. It’s too risky, based on consumer behaviour.

And this user behaviour is causing some problems.

Modern digital advertisers need to produce 70 percent short, bite-sized content, 20 percent interactive content and 10 percent long-form content. Many brands focus all their attention and budget on the long form and treat the other types as afterthoughts, when clearly they’re even more important.

A rule of thumb: Save the long-form for your brand-engaged customers, and win new customers with bite-sized content that is focused and attracts attention.

The way we think about social ads at Abacus is with a handy tool we call the Abacus 1/5/8 rule.

The rule states that you can think of a video as having three distinct sections.

This is a critical time in the video and a part you need to get right to have success. Users are scrolling hundreds of feet of content and only slightly slowing their scroll when something catches their eye.

That’s why it’s critical to use the first second of the video to catch people’s attention and get them to slow their scroll, with the intention of making them stop and engage.

Use eye-catching photos and videos to get people to stop. Try to pique their curiosity or stir an emotion in them. Your sole goal at this point should be to get the person to stop and engage. 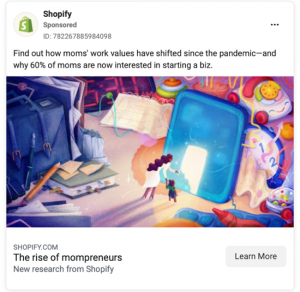 In this example, Shopify uses eye catching graphic design and illustration to get users to stop scrolling and engage with the ad content.

Pro tip: Some modern marketers are using audible branding to create a “sound” that can start every ad to create brand recognition. For example, every PlayStation ad begins with the PlayStation startup noise before it features a particular game for sale.

Back to our YouTube example: If you’re able to make your point in five seconds, your message is going to fit within the context of most digital platforms, both existing and emerging.

Less is more. A modern question to ask is: How succinctly can I tell our story, or how can I tell it sequentially?

The first five seconds is the payload that needs to drive home the point you want the video to make.

A five-second check is a good litmus test for your assets. See what you learn in the first five seconds of the video, and ask yourself if you’d be satisfied if that was all your audience got from it.

The data says that by eight seconds, most people have stopped watching.

That doesn’t mean every video needs to be eight seconds long; it means marketers need to be cognizant of the fact that most viewers won’t make it until the end.

This represents a big shift in consumer behaviour, not just a temporary trend or fad. The social contract between consumer and advertiser has changed, and customers are no longer willing to invest time in brands on “spec” without knowing there’s something in it for them.

Forcing your content to the beginning of your videos shows understanding of the fact that the drop-off in viewership declines greatly as time goes on. Simply try to match your content with the consumer behaviour whenever in doubt.

Pro tip: Play with pacing. Fast-paced videos tend to do well, and you can introduce more visual concepts in a shorter amount of time. You can even try speeding up the pace over time to combat audience decline and keep people engaged.

As you can see, things have changed a lot in 15 years. The marketers who best understand, accept and adapt to this new behaviour will defeat those who remain anchored in the past.

Next in this series

In the next article, we’ll bring it all together using a content matrix and some key tracking tricks.

Read more in­ this series

Measuring your creative: Fold or double down?

What is performance marketing?

Why social media advertising matters and why you should care