David Stuart  [00:03]
I think it’s always important to first start with really diving deep into making sure that, you know, your vision and strategy for expansion are tightly aligned to your overall goals. And that includes looking at, a detailed level, the costs that are associated with global expansion. There’s a lot of pieces to that, including ERP implementation, financial reporting (both internally and externally), that differ by jurisdiction.

How do startups begin the process of international expansion?
David Stuart  [00:32]
That’s a very large undertaking. And so my recommendation is to always start with outlining your goals and spending a lot of time with that process. So clearly identifying what your goals are, what your objectives are, and outlining the details and making sure that those are defensible so that when you’re speaking to investors or customers in the new jurisdiction, that those goals have been clearly identified, and well thought through.

The second piece I would strongly recommend, and it’s been extremely valuable for a lot of our clients, is speaking to others both within your industry and outside your industry who have gone through a similar process. There’s a lot of nuances with global expansion that are very difficult to predict and difficult to assume. So it’s very important to speak to others: hear their stories. A lot of people are very open to discussing their experiences and sharing where the challenges may lay that you may not expect.

What are the key tax compliance issues to consider?
Sean McNama  [01:51]
There’s a lot of compliance issues to consider when you’re going international. But there’s a lot of opportunities as well. Various governments — including Canada, the U.S., our friends over in Europe — they have incentives when you come there, and we can help you discover those. But there certainly are costs to consider as well. There’s your general compliance, your corporate tax filings. There’s exposures. If you just have people flying into those countries, most countries have some type of sales tax or VAT regime that you have to consider. And there’s certainly the consideration of how your entities interact, how you capitalize your entities, and how you support each other and what you charge each entity for that.

Terry Booth  [02:29]
I think we need to take a step back and think about why the startup company is looking at international expansion. Any company that is looking at expanding internationally really needs to think about whether they need employees in that location or not. In general, if you don’t need employees in that location, your taxes may be reduced and your tax compliance cost may be reduced.

What are the cost implications to consider?
Terry Booth  [02:53]
If you look at the U.S. as an example, employee costs tend to be higher than Canada. But they’re even higher when you add in costs like healthcare insurance and some of the regulations that you see in some of the states.

Sean McNama  [03:04]
Expansion to another jurisdiction will always bring additional costs. You have to consider what your opportunities are in that jurisdiction to generate additional funds when you access those markets. It’s impossible to define a specific cost, but you can certainly help manage those costs and understand those costs by engaging with your accountants.

Terry Booth  [04:27]
As startups start to expand internationally, they really need to think about grants and incentives in every jurisdiction that they’re in. As you know, Canadian startup companies have incentives like SR&ED and employment grants. Other jurisdictions have similar grants. And it may actually be that by moving some of your work to other countries, you may actually be able to get better grants than what are available in Canada. Obviously, if the grants in Canada are beneficial, you want to make sure that you’re structuring your business so you can still take advantage of those grants.

What are the tax implications when expanding abroad?
Terry Booth [5:05]
Companies need to really think carefully about what their international expansion looks like. If you need to have a physical presence in a country, that’s going to trigger tax consequences in that country. But it may be that you don’t actually need employees in that country, especially if you’re a software-as-a-service company. That might help you avoid significant tax compliance and tax structuring costs.

Sean McNama  [05:28]
There’s quite a few tax implications when you expand internationally. There’s also good tax incentives when you expand. Some of the key costs when you expand are additional corporate tax compliance. There’s often personal tax compliance if you have employees travelling to those countries. There’s sales tax or VAT compliance costs. And there’s compliance costs related to something called transfer pricing, which is how groups that are related to one another interact. So if they have services or debt going amongst themselves, you have to comply with the local country jurisdictions there. But that is offset against various incentives that are available to companies.

In any expansion there’s going to be cost to the expansion from the tax perspective. There’s also going to be incentives. If you’ve engaged with your advisors early on — make them part of your plan to expand so you can understand the cost, what types of incentives you can access — you can go in to the new market with a well-thought-out business plan and you can avoid the situation of a tax authority conducting an audit a year, two, three years after you’ve been there and discovering what you should have complied with from the beginning.


Produced in partnership with 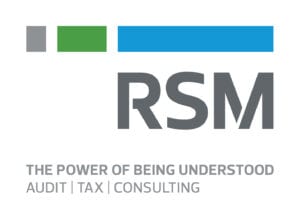 Tax considerations for expanding into the U.S.

Your guide to growing global: What to consider before expanding internationally