How to avoid underpricing: Building a quantifiable value proposition

Download this free guide to build a quantifiable value proposition to determine your pricing strategy.

Progression of board governance

There is a typical progression for governance. An initial board could comprise a couple of founders or a single individual. Typically, the founding CEO would serve as president (as required by the Business Corporations Act) and chair of the board.

The board expands as funding is raised, often from friends and family, or early angel investors who want to help or follow their money and become directors. There is a baked-in conflict with early investors being directors, as they are often focused on their investments. This can conflict with what may be in the company’s best interest. In Canadian law, a director’s only obligation is to act in the best interest of the company, whether that conflicts with the interests of shareholders or not.

As rounds of financing become larger and more “institution-like,” funds, PE firms or VCs and even more sophisticated angels will want representation on the board and some form of minority control. This may also be required based on the terms of financing. This is an important consideration, as it may impact the business’ attractiveness to a new investor. VCs may think Canadian ventures are quite slow to build up their boards and advisors in comparison to American ventures, so without rushing, start thinking and planning a bit earlier than you might otherwise. Some ventures successfully use their advisor role as an audition for a board director position later.

In general, a board should evolve over time, from informal and largely related directors (founders, family, well-meaning friends, early investors such as angels) to more formal and more independent members. Independent board members should not only have board governance experience but also fill gaps or needs like finance experience or have industry networks. At some point early in the evolution of the more formal, independent board, the chair role should be filled by an experienced independent director who is ideally not an investor. It is critical that the chair and founders be simpatico. Open, fact-based communication and well-founded mutual respect are the bases for a successful separation of roles.

The chart below provides an overview on the progression of the board of directors and advisors. 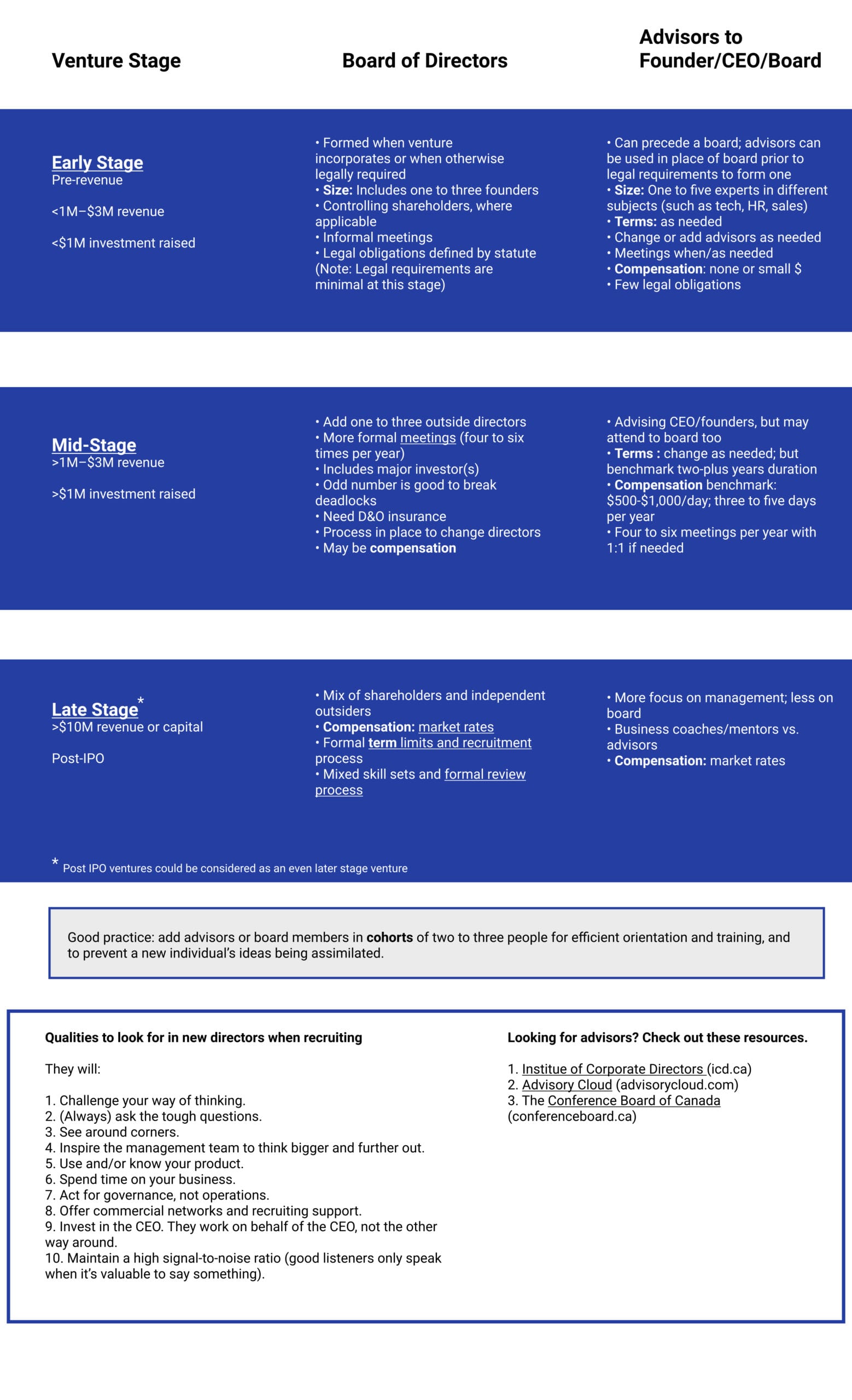 By David Bowden and Rick VanSant

Building your board? Don't build in mistakes

Board compensation: NPO versus for-profit boards

The role of a successful board